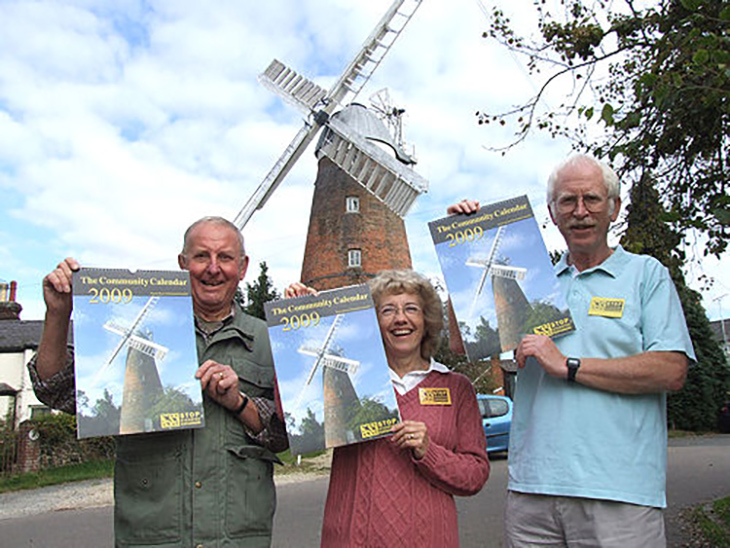 Will you help us to keep up the pressure on Stansted Airport to minimise the impact of its operations on people and the environment, and to make proper representations for those whose voices are often drowned out by the airport lobby – not to mention aircraft noise?

Since we were established in 2002 as a working group of the North West Essex and East Herts Preservation Association, we have secured major victories which overturned plans for three extra runways at the airport, and the cancellation of a formal application for a second runway. We’ve also persuaded the Airports Commission that a second runway at Stansted simply isn’t viable.

Our challenge at present is to prepare for the latest round of expansion plans from the airport’s owners Manchester Airports Group whose goal is to secure 20 million more passengers per year and an extra 104,000 flights compared with current levels at Stansted. This translates into an aircraft overflying during daytime hours from the current average of a plane every 2¼ minutes, to a plane every 85 seconds. Noise, air quality and especially road and rail transport impacts would all be significantly worsened in contrast to the airport’s claim that there will be ‘no significant adverse environmental effects’.

Your continuing support and involvement is as important as ever. Please choose one of the following:

Why waste all this effort to oppose something that is inevitable at some stage?

Why is Stop Stansted Expansion putting jobs at risk?

No existing jobs are at risk. The local area has relatively low unemployment and in recent years the airport has had trouble recruiting staff from within the local area. There is also an argument that cheap flights to continental European destinations for holidays and short leisure breaks, take business away from the UK tourism industry and thereby put UK jobs at risk. It’s also worth remembering that the flights are cheap because airlines pay no fuel duty and no VAT, unlike the cost of driving to (say) the Cotswolds or the Lake District.

Why does SSE still need money?

While the great majority of the input on the campaign is provided by unpaid volunteers, SSE maintains a campaign office and has routine overheads to meet every month. In addition, professional legal support and external consultants are required from time to time where relevant expertise – such as specific technical, legal and planning advice – is not available from our volunteer base. Click here for a summary of SSE’s income and expenditure.

What is all the fuss about?
Click here for a brief overview

What can I do?
Click here to see what anyone can do

What is NWEEHPA?
Click here to read about the origins of NWEEHPA and SSE

What impact does aviation have on health?
Click here for the Health Matters page

What is “Demand Management”?
SSE, and other organisations opposed to the unconstrained growth of air travel, argue that the aviation’s exemptions from fuel duty and VAT have the effect of artificially inflating demand and that the Government should act to slow the growth in demand to an environmentally sustainable level.

What is meant by an offshore airport?
Over the years, a number of suggestions for “offshore airports” have been made for various locations in the Thames Estuary, connected by rail and/or road to car parks and other facilities onshore. All have been dismissed as too costly. The main advantage would have been that take-off and landing could be over the sea, thus disturbing fewer people. However, the identified sites were generally close to major bird nesting sites so had potential danger for both birds and aircraft safety. Furthermore, climate change impacts from aviation emissions would still be created, wherever the site.

What level of airport noise is permitted at night?
Night time operational limits, based on numbers of flights and types of aircraft, are set by the Department for Transport on a five-yearly basis. Further information can be accessed here.

What is the level of freight movement at Stansted compared to other freight hubs?
Heathrow is by far the UK’s busiest airport for freight, handling 1.59 million tonnes in 2019 (63% of the UK total), almost all of this (95%) being ‘bellyhold’ freight on scheduled passenger aircraft. Stansted is the UK’s third busiest freight airport, handling 224,000 tonnes in 2019, almost entirely in dedicated freight aircraft. East Midlands is the UK’s second busiest freight airport handling 336,000 tonnes in 2019 and, like Stansted, virtually all of this was carried in dedicated cargo aircraft rather than bellyhold.

How big would a two runway airport be?
The proposals set out in the 2008 Stansted Airport planning application (which was abandoned in 2010) would have increased the size of the airport by 50% to around 14 square kilometres. This is similar to the area enclosed by London’s Circle Line.

How real is climate change?
The Intergovernmental Panel on Climate Change (‘IPCC’) was established in 1988 by the United Nations to increase understanding of climate change and assess its likely impacts and options for adaption and mitigation. The IPCC’s reports are generally regarded as authoritative. The IPCC has concluded that “Warming of the climate system is unequivocal, as is now evident from observations of increases in global average air and ocean temperatures, widespread melting of snow and rising global average sea level”. Moreover, the IPCC has assessed, with a 90% probability, that the prime cause of global warming was greenhouse gas emissions resulting from human activity.

Atmospheric concentrations of greenhouse gases now exceed by far the natural range of such concentrations over the last 650,000 years. Estimates for the anticipated temperature increase in the 21st century range from 1.8 degrees centigrade to 4.0 degrees. It is generally acknowledged that the maximum safe level is an increase of 2 degrees.

How does aviation contribute to climate change?
Aircraft in flight emit carbon dioxide (‘CO2’) and a number of other substances that contribute to global warming, including nitrous oxides, methane and water vapour, which causes the formation of contrails and cirrus clouds. The effect of these additional emissions is still the subject of research but it is generally accepted that they, at least, double the effect of the CO2 Carbon emissions from UK aviation have more than trebled in the last 35 years from 12.5m tonnes in 1985 to 38.8 million tonnes in 2019. The advice of the Committee on Climate Change is that UK aviation emissions must be no more than 37.5m tonnes of CO2 in 2050.

The government is committed to reducing total UK greenhouse gas emissions by 80% by 2050 and to stabilise aviation emissions by 2050 at 2005 levels (i.e. 37.5m tonnes. The Committee on Climate Change has calculated that to achieve this result passenger numbers cannot increase by more than 60% over the period, a figure that is much smaller than the DfT’s growth projections. Aircraft are continually becoming more fuel efficient but these gains are typically about 1% per annum and are far outstripped by the increases in air travel. The industry is experimenting with the use of biofuels but there are considerable doubts as to how biofuels can be produced in a sustainable manner. The Government does not expect biofuels to have a significant impact as an alternative to conventional aviation fuel in the near future.

How can I join Stop Stansted Expansion?
Click here to print a Membership Application form

How can I help Stop Stansted Expansion?
Click here to see what anyone can do

How can I complain about aircraft or airport noise?
If you are disturbed by a particularly noisy flight, please complain via this form on our website. Please treat this service responsibly – do not give the Airport the opportunity to discredit the number of public complaints received. You can also complain direct to the Airport on the 24 hours freephone complaints line – 0800 243788.

You should receive a detailed reply if your complaint refers to an incident involving an outgoing flight that was detected as exceeding the noise limits when passing over the noise sensors at each end of the runway. There are, in practice, no effective noise limits on arriving aircraft, other than a prohibition on the very noisiest aircraft using Stansted at night.

If you do not receive a reply, your complaint will still be logged and added to the quarterly statistics which are presented to Stansted Airport Consultative Committee (STACC), a body that monitors the airport.

How can I find out more about Stansted Airport’s Noise Complaints procedures?
Ring the Freephone complaints line (0800 243 788) during office hours and ask for the leaflet describing the work of the Flight Evaluation Unit. More information can be found here.

How can I contact the SSE office?
Email here

How can I contact the SSE webmaster?
Email here

How can I print my own copies of posters?
Click here to download a poster ready for printing on A4 paper or card

When did events take place?
Click here to see the Timeline

Do aircraft dump fuel as they approach to land?
The airport denies that this ever happens but many people under flightpaths believe they do and often insist they can see a film of aviation fuel on their garden ponds and cars. Significantly, during the Covid-19 lockdown period, SSE received many reports from local residents that garden ponds were free from fuel film.

Is it true that there is already a second runway at Stansted?
Yes and No. During the war, Stansted had three runways, in a triangular formation. All three were very small by today’s standards. One was widened, lengthened and strengthened to form the present runway. The other two were built on and have no possible use as runways.