NWEEHPA was founded in 1964 in response to the Government’s announcement that it would build a second runway at Stansted Airport. Because of NWEEHPA’s resistance to this an independent inquiry was set up, the Chelmsford Inquiry, which concluded that a second runway at Stansted would be a ‘calamity’ for the neighbourhood and could in no way be justified. In the years that followed NWEEHPA continued to resist expansion, and in 2002, when the Government issued a consultation paper threatening yet more runways at Stansted, it formed a working group, Stop Stansted Expansion (SSE), to spearhead the opposition. 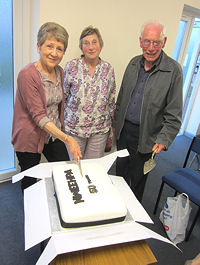 Several of those attending the 50th AGM had been members of NWEEHPA for many years, among them Sue Forsyth, whose father, John Lukies, was one of NWEEHPA’S first two joint chairmen.

Speaking at the AGM NWEEHPA and SSE Chairman, Peter Sanders, emphasised the debt that the community owed to NWEEHPA. The threat of more runways had been very real, and it was largely thanks to NWEEHPA that these plans had been rejected. He emphasised however that, with the Airports Commission on the brink of publishing its final report, the threat might still return. It was impossible, therefore, for the campaign to be relaxed, and he thanked all those present for their continued support and encouragement.

The photograph above shows long-standing members of NWEEHPA (from left to right) Sue Forsyth and Irene Jones, and NWEEHPA and SSE Chairman, Peter Sanders. 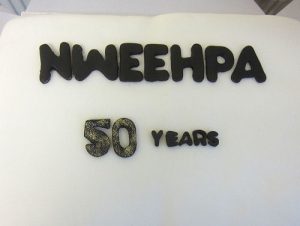 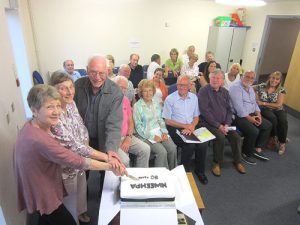