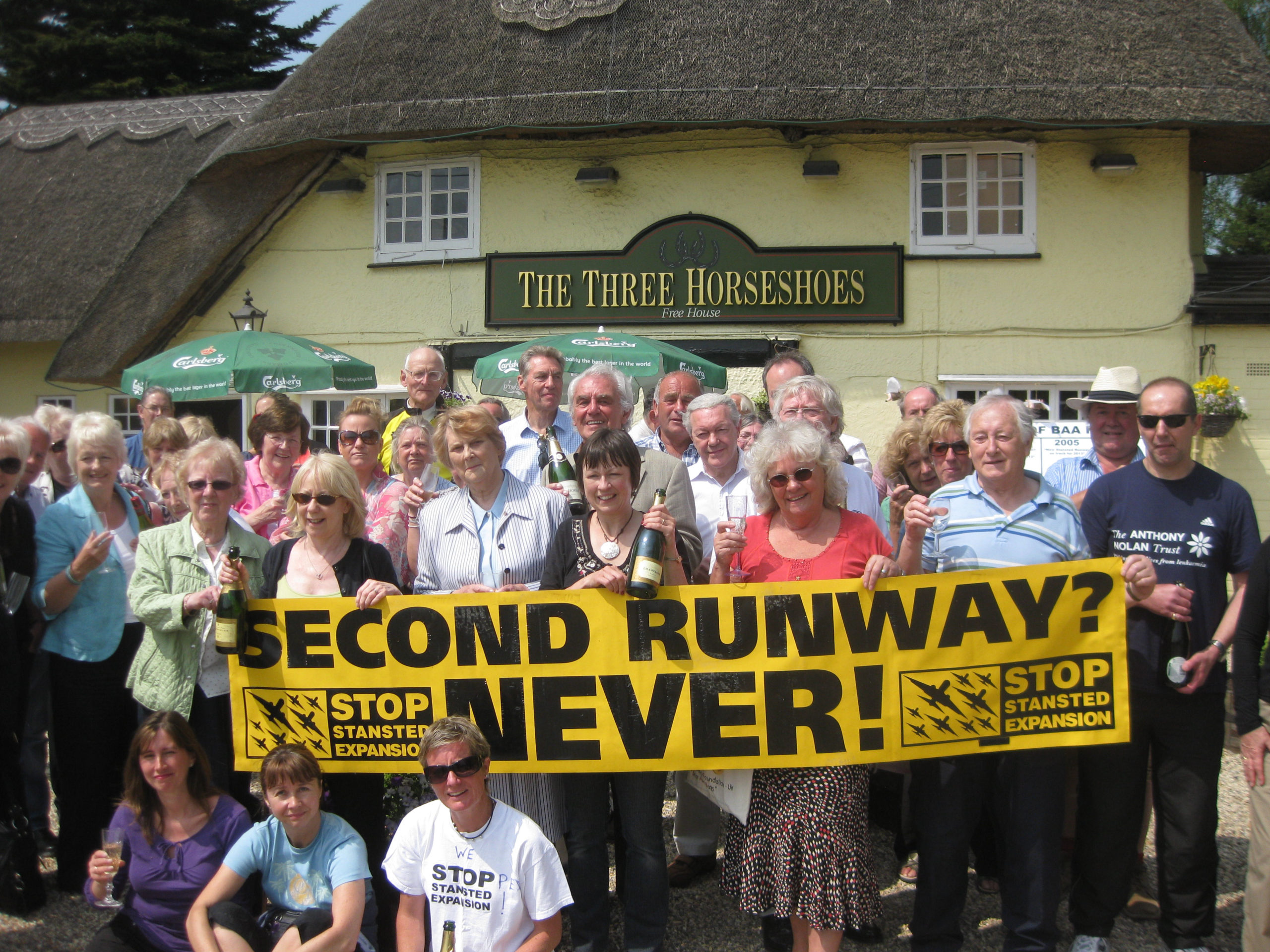 Stansted Airport Watch (SAW) was launched in May 2021 as the successor to Stop Stansted Expansion (SSE), which was established in 2002  in response to Government proposals for expanding a number of  UK airports, including Stansted.  These proposals led to the 2003 Air Transport White Paper which put a second Stansted runway as the Government’s No.1 priority for increasing UK airport capacity.

SSE’s absolute priority and focus from its inception until very recently was to prevent a second runway at Stansted.  However, for a number of reasons that particular threat has receded and it is considered highly unlikely that Stansted will apply for any further increase in its capacity for many years to come.

In the 12 months to 30 June 2021, Stansted handled just 3 million passengers and it will be a long and bumpy road for Stansted to recover, even to its pre-pandemic (2019) passenger throughput of 28 million passengers per annum (mppa).  The current planning cap of 35mppa is unlikely to be reached within the next decade and it is questionable whether permission to grow to 43mppa – i.e. the issue at stake at the 2021 Public Inquiry – will ever be needed.

In addition to the expected long-term impact of Covid-19 on international air travel, there is growing recognition that the UK will not be able to meet its statutory target of net zero carbon emissions by 2050 unless aviation emissions are brought under control. This almost certainly means that aviation growth will need to be constrained.

In the absence of any anticipated threat of Stansted seeking permission for further expansion in the course of the next decade, it was decided that ‘Stop Stansted Expansion’ was no longer the most appropriate name for the campaign.  Over the years, however, SSE has done far more than just dealing with the threat of expansion, for example, campaigning on night flights, changes to flight paths, aviation taxation issues, phasing out of noisier aircraft, climate change, homeowner mitigation and compensation, and far more besides.

The change of name to Stansted Airport Watch (‘SAW’) is intended to reflect a greater focus in the future on all of the foregoing streams of work.  Rather than having to be constantly opposing airport expansion proposals, the need will be to ensure that the airport’s authorised operations cause as little harm as possible and, wherever possible, are managed so as to reduce harm.